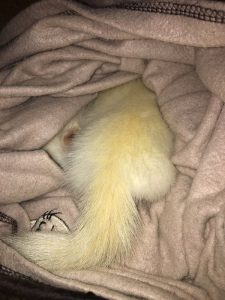 Mini-moo (aka The Coming Apocalypse)

Mini-moo (aka The Coming Apocalypse), Or as we put it, “our darling little princess”. Being a partially blind bino, she navigates the world with an air of confidence. The respect she receives is akin to that of an evil dictator, not a benevolent benefactor. Oh, and she stashes kibble like you’ve never seen before, her jowls fit to bursting (aka Squirrel Cheeks) and she has more than just a mild rubber fetish which seems to incorporate silicon too – including one of mum’s silicon bread pans!!! :-/ 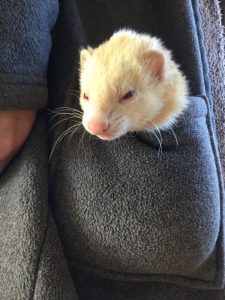 The Arnold Schwarzenegger of midgets. He starts his daily routine off with a light snack of kibble followed by reps of bench pressing the litter trays. Sometimes he has his bigger brothers add more weight by standing in said trays. This is followed by some light cardio in the yard along with some mixed martial arts training. (He’s a master of the whispering fang technique). Also known as ‘The Radio Ham’ by his most hard core fan base, and as a ‘Pokemon’ by his family as he is the original ‘Pocket Monster’ 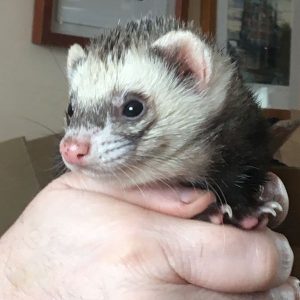 A proud member of the Beast squad. Sweet-natured and a true passive. He has anxiety issues and an emo personality. I know, he’s complicated! He’s always up for a good play-fight with his brothers. He’s yet to master the art of stashing. His favourite type of kibble is floor kibble.
Crash Bang is the poster boy for us here at Blue Ferret! 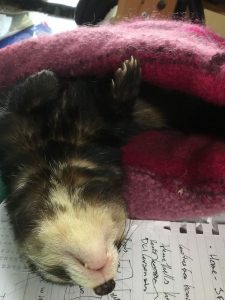 Like his adopted brother Crash Bang, he’s a poley. He’s a bit of a bad boy with a record. Two counts of GBH* and a homicide but with a lot of work which includes love, assurances and social interactions he’s more interested in long walks in the park and cuddling on the sofa at night than eating a hamster and biting his previous owner.
*Grievous Bodily Harm 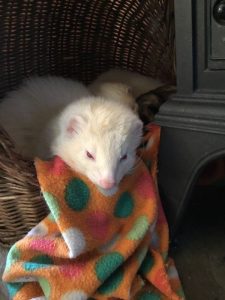 Our newest arrival, yet to be inducted into the Beast Squad. Trials and initiations take time. He’s our youngest and as such is absolutely 100% full of himself! As a chunky monkey, he’s finding his feet, learning the rules and just being so gosh darn adorable. 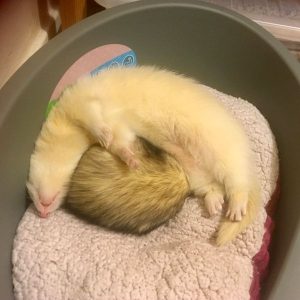 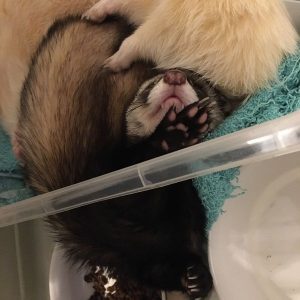 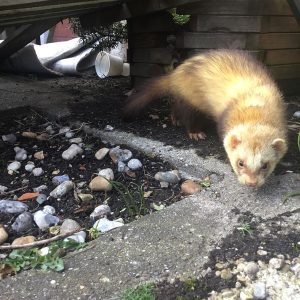 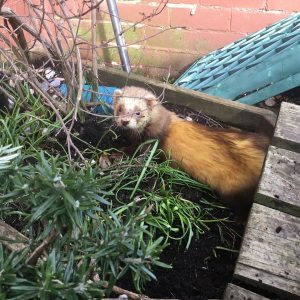 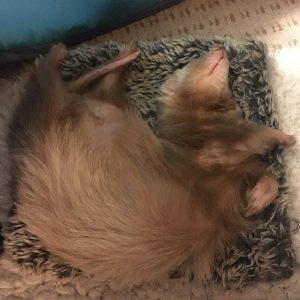 Hooley (aka Kiefer 'cos he loved to flatline)

The Angora Cinnamon sounds like something you’d get from a fancy, overpriced coffee shop! It’s soft light brown texture topped with a cocoa coated cream coiffure would be served in a triple extra large mug. It’d be called the Hooley (aka Kiefer ‘cos he loved to flatline). His favourite hobby was checking how many followers he had on instagram, closely followed by signing autographs to be sent to his fan club. He loved a good snooze or cuddle but he was always up for a good Harry (Potter) and he was the master of the truffle shuffle. He was seriously well travelled, had stayed at hotels (proper human ones) and attended various conferences, courses and meetings usually stealing the show as he had a potter during coffee or lunch breaks. With a fan base that Disney can only dream about, he really was the real deal. 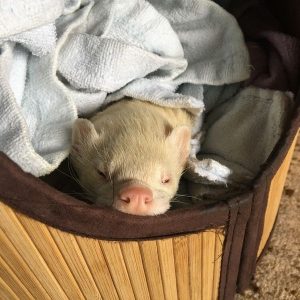 Chilly (aka the Racing Snake and Grumpy Beast's twin)

He shared the mantle of leadership with his bro allowing or revoking membership into their exclusive club. He had mastered the art of the Dad joke. When anyone would ask him his name he would reply, “I’m chilly.” They in turn would respond, “Then you should put a jumper on,” then go back to asking his name. He was also an expert in the art of escaping, with his posture and stance, a true ninja at heart. 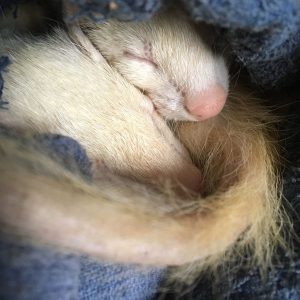 As a beano and one half of a twin, he was our Nick Fury. He even had a cool back story as to how his eye was damaged. (Peps looks around the room, leans in close, flips up eye patch and in a calm, dark, gruff voice says, “The last time I chased after a pussy cat, this happened!”) He had an enlarged spleen which didn’t even slowed him down. He also had his own blog where he chronicled his many adventures and exploits with his bro; “The Bakery Item, The Tabby Oaf and the Tinge of Ginge,” all told from his unique perspective, a bino’s point of view. 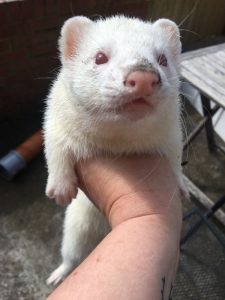 In terms of both appearance and attitude. An angry tornado of white fluff. He was the wolverine personified. Yes, he was bitey (hence the name, Nibbler) but he got along with our passives. He was just a little boy who wanted to play. His partner in crime was Lil Red. Red used to chase Nibs into the living room and ride him like a cowboy rides a bucking bull.